We thought to go a slightly different way today and looked at European stocks, instead of the American stocks that we end up writing about most of the time. It is very interesting to see how European indices are developing amidst uncertainty among global players.

Refering to the local indices of the countries from where we have chosen three stocks: OMXSPI (Sweden) @ 589.85 points has been in a sideways trend in the medium term for over a year now. OMXC25GI (Denmark) @ 1130.92 points is inside a down trend channel, but it has recovered a decent 10.4 per cent since bottoming out around year shift. And lastly comes AEX (Netherland) @ 538.07 points. This index has broken out from its down trend channel and has recovered around 13.0% from its bottom in late December. So it's not too bad and it would be interesting to see how the stocks listed on these respective indices may behave. 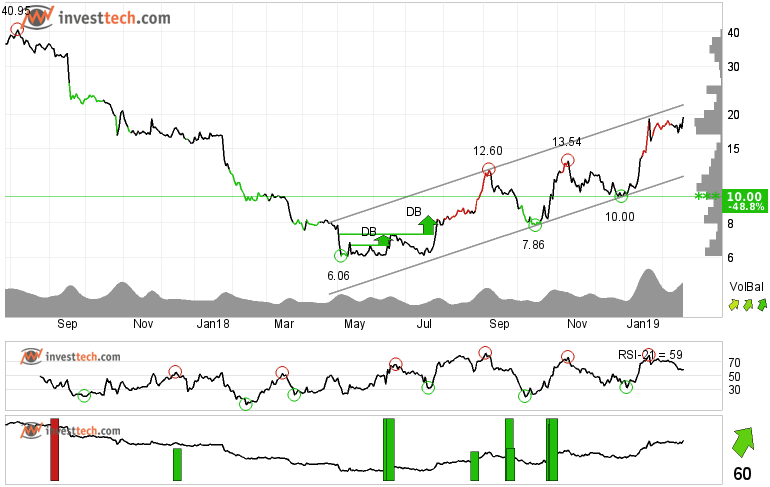 Fingerprint Cards is inside a rising trend channel in the medium term. Early in November this technology company gave a breakout from a double bottom formation, corrected a bit and started to rise again. This rise has been accompanied by higher volume which suggests that buy interest in the stock has been on a rise. The volume balance indicator is also positive and all green. It adds weightage to the rising positive trend.

The medium term chart does not show any clear resistance before its last top at 40.95 Swedish kroner and on the downside there is support around 12.50 in the short term chart. The stock may swing a lot given high volatility which stands around 36 per cent on a monthly basis. However, the risk reward ratio of 2:1 could be an add-on. 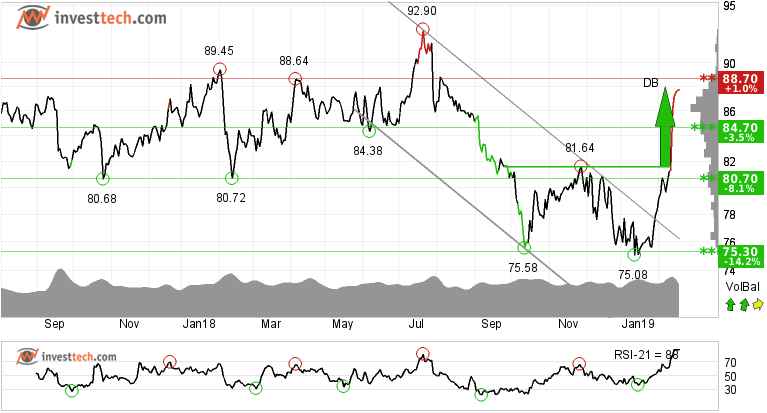 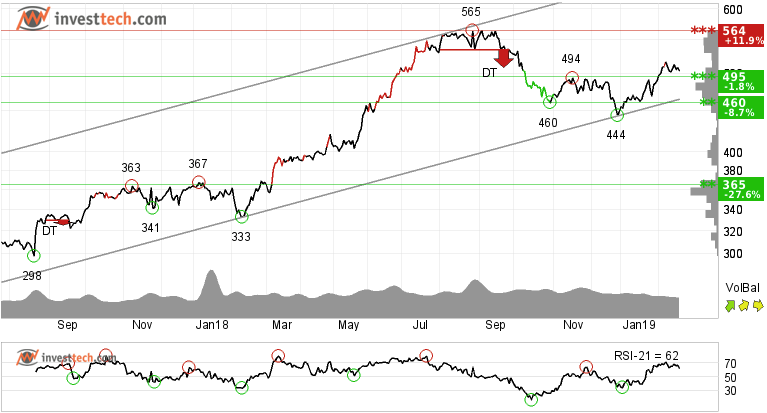 Heineken NV has broken the falling trend channel in the medium term and reacted strongly up. A week ago it gave a positive signal from a double bottom formation with the break up through the resistance at 81.64 both in the medium and long term charts. Further rise to 87.99 or more is signaled.

The stock is nearing its target from the formation and a resistance at 88.70 which may give a reaction on the downside in case of any profit booking. However, in that case one can find good opportunity to buy the stock around its support around 84.70 points with a target of 92.90 or higher.

Positive volume balance indicates that volume is high on days with rising prices and low on days with falling prices, which strengthens the stock. The short term momentum of the stock is strongly positive, with RSI above 70. This indicates increasing optimism among investors and further price increase for Heineken NV. The stock is overall assessed as technically positive for the medium term.

Rising with an annualized rate of increase of 38 per cent, Royal UNIBREW is in a rising trend channel in all time frame charts; short, medium and long term. Rising trends indicate that the company experiences positive development and that buy interest among investors is increasing.

After correcting from its top of 565 Danish kroner last year, the stock has recovered by over 13 per cent and has also broken up through the resistance at 495 kroner. There is now resistance around its previous top and support between 492 and 472 kroner.

If one looks at the seasonal variation or the average price development the past 10 years, in the period from three months before to six months after today's date, one can see that between mid-April and August the stock has given an average gain of 14 per cent.

The analyses are based on closing price as per February 19, 2019