Since their bottom in late December, many global indices have recovered by 8 to 16 per cent on closing basis. S&P 500 gained around 16 % and FTSE 100 and Oslo Stock Exchange are up by 8 per cent, to name a few.

In the meantime, many stocks have gained good momentum and a few of them have given breakouts from trading ranges or achieved new highs. We analyse three of the well known companies among them here. 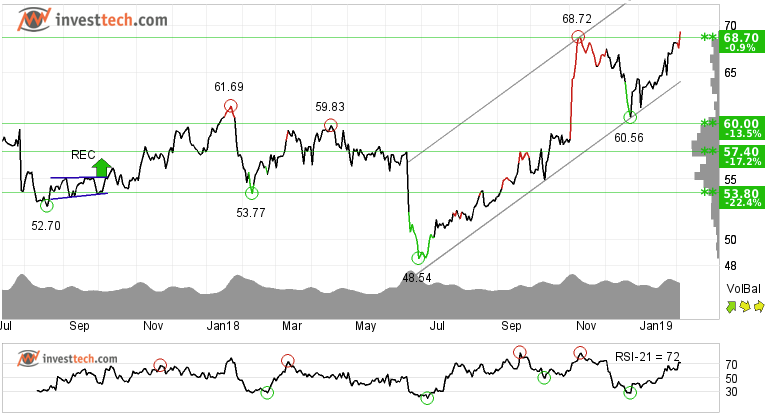 Starbucks Corp shows strong development within a rising trend channel in the medium long term. This signals increasing optimism among investors and indicates continued rise. The stock has broken up through its earlier resistance at dollar 68.70 which is over 13 per cent higher than its December low. The stock is closed yesterday at all time high.

The stock has support at 64.40 dollars. The short term momentum of the stock is strongly positive, with RSI above 70. This indicates increasing optimism among investors and further price increase for Starbucks Corp. However, particularly for big stocks, high RSI may be a sign that the stock is overbought and that there is a chance of a reaction downwards. 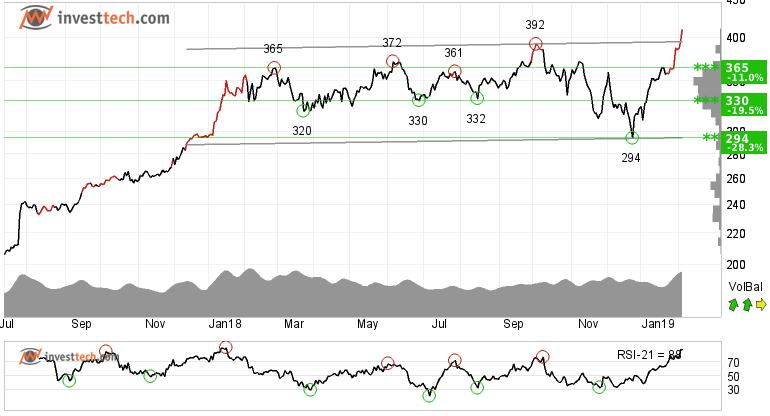 Boeing Company has broken up from an approximate horizontal trend channel in the medium term after investors have paid ever more to buy into the stock. The price has broken resistance at 395 dollars and a positive signal has been triggered. Further increase for the stock is indicated.

Positive volume balance indicates that buyers are aggressive while sellers are passive, and strengthens the stock. RSI above 70 shows that the stock has strong positive momentum in the short term.

Like the Starbucks stock, the Boeing Company stock price is at all time high, so there is no visible resistance. However, in case of any correction there is support around 365-360 levels. 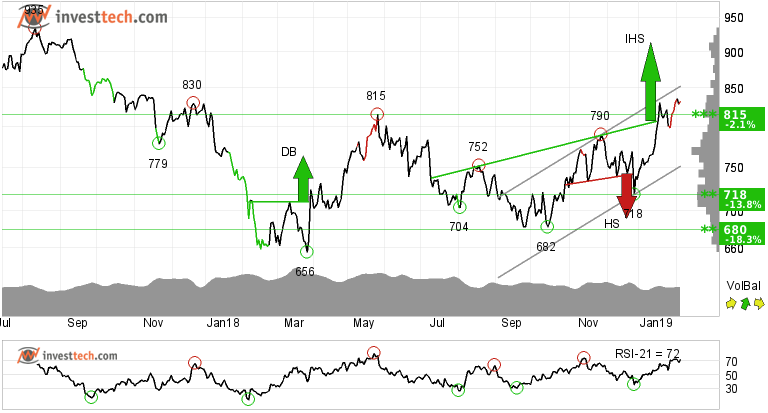 A very interesting chart we have is this of the FTSE 100 listed stock United Utilities Group. After trading within a range bound area for almost a year, the stock has given a buy signal from an inverted head and shoulders formation both in the medium and long term plus a double bottom formation in the longer term chart. A target of 865 and eventually 970 pence is given for the medium and long term respectively. There is support around 815 and 790 pence.

The analyses are based on closing price as per February 05, 2018.