Global stocks: Two buy and one sell among US consumer packaged goods

More and more people are moving towards packaged goods. Consumption is high and customers use up and replace items such as food, beverages, cosmetics and cleaning products very quickly and easily. It does not take much time for consumers to decide on one brand over another. Hence competition is not easy, especially when there are so many substitutes present in the market.

In the consumer packaged goods (CPG) space, we choose to write about three well known brands that have been in the market for a very long time now and are tough competitors, or you can say the one's loss is the other's gain. 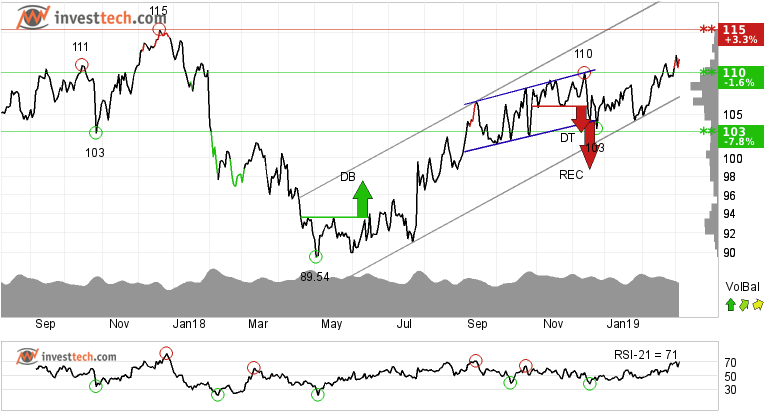 The stock had given a false break down from a rectangle and a double top formation and reversed back from 103 dollars which is now established as support. It managed to break above the 110 level on high volume in the past few days. Also the momentum is rising with RSI above 70. These positive indicators add up to the positive development in the stock. However, there is resistance around 115 dollars both in the medium and longer term chart. Hence one must be conscious, but if the stock price manages to close and stay above that level, it will explore a new territory and may go higher. The stock is overall assessed as technically positive for the medium term. 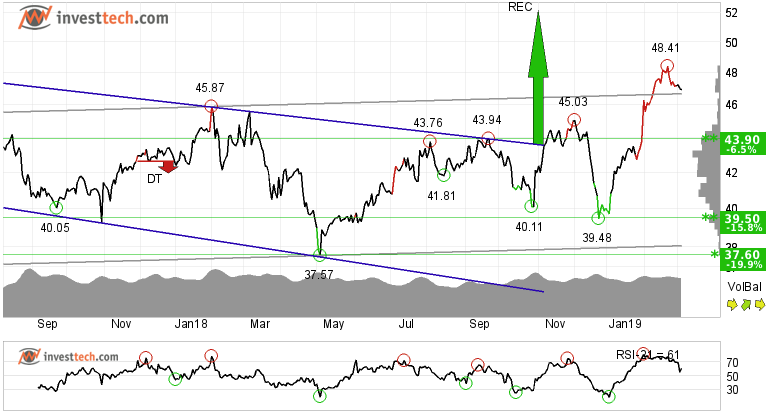 Mondelez International Inc. Cl A has broken up from an approximate horizontal trend channel both in the medium term and for the first time in four years in the long term. This shows that investors have faith in the stock and expect the price to go up even more.

A buy signal was triggered when the stock broke out from a rectangle formation through the resistance both in the medium and longer term chart. A target of 53.00 - 55.75 is given, however, the stock can go even higher. On the downside there is support around 43.90 and 39.50 dollars if one wants to take more risk. The stock is overall assessed as technically positive for the medium to long term. 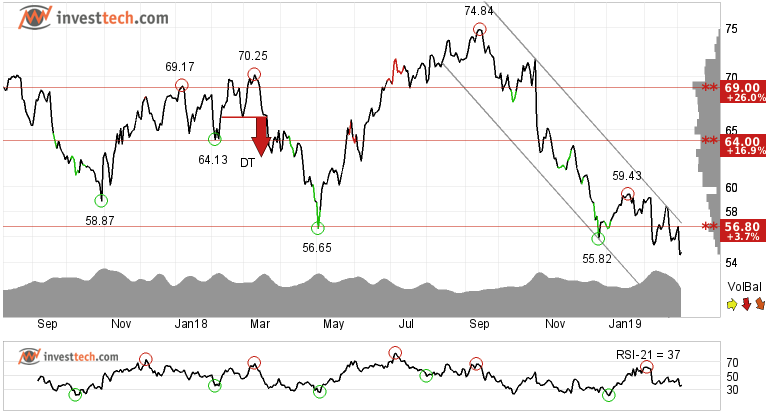 Unlike the other two companies mentioned above, Kellogg Company stock is trading at its multi-year low. The stock is inside a falling trend channel and has now broken under its support of 56.80 dollars. Further fall is anticipated.

Negative volume balance shows that volume is higher on days with falling prices than days with rising prices. It suggests that sellers have been in charge lately and are constantly selling the stock at a lower price.

There is no clear support visible in the stock on the medium and long term charts, so the downfall can be huge. But if the stock manages to revert back, there is resistance around 56.80-58.40 dollars in the short term. A change in trend can only be visible if the stock turns around and manages to close and trade above 61.50 dollars.

The analyses are based on closing price as per March 6, 2019